By: boussole
In: Florence, Monuments
Contents masquer
1 History
1.1 Video
2 Facts about the Duomo of Florence
3 The steps of the Duomo
4 Layout of the church in Florence
5 A church without a dome?
6 How to get there and visit
6.1 Related posts:

The Duomo of Florence is one of the main symbols of the Italian city.

Duomo means that it is the main church of the city. Duomo is often also synonymous with cathedral (catedralle in Italian). The full name of the Duomo in Florence is Santa Maria del Fiore (Our Lady of the Flowers) and it really impresses with its grandeur and detail.

The church is the third largest Catholic church in all of Europe. And its figures really impress visitors: it is 153 meters long and 90 meters wide and the famous dome is 54 meters high.

The cathedral in Florence, Italy, can accommodate up to 30,000 people inside and thousands of tourists visit it every year. The most important church in Florence is one of the greatest neo-Gothic and Renaissance masterpieces in Italy.

The current church is the third cathedral of Florence. The first was called the church of San Lorenzo, the second Santa Reparata and finally Santa Maria del Fiore, which was built from the old and second cathedral.

After the death of the architect, the construction was interrupted and resumed only in 1334, by Giotto di Bondone, who designed the Campanile.

In 1337, however, the work was interrupted again due to the death of Giotto. It was not until 1359 that the church was completed by Andrea Pisano and Francesco Talenti.

With the final construction of the famous dome in 1436 (by Filippo Brunelleschi), the Duomo of Florence was finally consecrated by the Pope of the time, Eugene IV.

The interior of the church has undergone several changes over the years and has received important contributions from Italian painters.

The interior of the dome of the cathedral was made with frescoes by Giorgi Vasari and Frederico Zuccari, representing the Last Judgment. There are also paintings by Lucca della Robbia and Donatello.

One of the most remarkable things are the stained glass windows, which are large and present images of saints from the Old and New Testaments, they were the largest in Italy between the fourteenth and fifteenth centuries.

Facts about the Duomo of Florence

The Duomo of Florence is one of the largest churches in the world. In Europe, it is surpassed by St. Peter’s Basilica (Rome) and St. Paul’s Cathedral (London). However, it was already the largest church in Europe when it was built entirely in the 15th century.

The architect of the cathedral, Arnolfo di Cambio, was commissioned to build “the largest and most beautiful church ever seen”.

The steps of the Duomo

The climb to the dome of the church has 463 steps and the space is very narrow. The view from the top is simply breathtaking and the church is a symbol of Italy.

Layout of the church in Florence

The layout of the Duomo in Florence is different from that of traditional Catholic churches. The cathedral’s altar features the outline of a stylized flower, which refers to the name of the church and the city of Florence.

A church without a dome?

When the church was designed to be built in 1294, the technical conditions were not yet in place to build a dome with a span of 41 meters. It was not until a century later that it was possible to build the much desired dome and symbol of the city. The solution was created by Filippo Brunelleschi in 1418.

How to get there and visit

It is possible to visit the Duomo of Florence in several different spaces (individual or collective):

The opening hours of the gate, the museum and the dome are all different. The dome is open daily from 8:30 am to 7:00 pm (and on Saturday until 5:40 pm). On public holidays, the dome is closed. 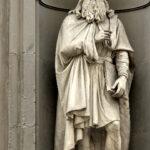 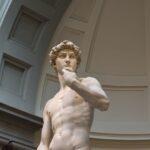