By: boussole
In: Amsterdam, Museums
Contents masquer
1 History of the Rembrandt House
2 Video
3 How to get to the museum
3.1 Related posts:

Not far from Amsterdam’s Chinatown and just behind the Red Light District. If you walk on the east side of Dam Square towards Waterlooplein, you will find this museum, which was the home of the famous Dutch painter Rembrandt where he lived between 1639 and 1660.

A modern annex has been built next to Rembrandt’s house. Together, these two houses now constitute the Rembrandt Museum, which presents his life and work. In addition, the annex and the original house serve as a small, but prestigious and elegant convention hall. For the visitor, the Rembrandt House Museum shows the unknown aspects of the famous life of this painter and the artist’s estate.

History of the Rembrandt House

The house was built in 1606, and this date is marked in gold on the front of the house. It is relatively large, built in the eastern part of the city, new and modern. Many successful merchants and financiers also built houses in this new part of Amsterdam.

In 1906, during the year of Rembrandt, the foundation was established to buy the house of the painter. Three years later, after its restoration, the museum was opened to the public. The Rembrandt House Museum is a reconstruction of Rembrandt’s rooms and his studio. The furniture and objects of the time have been carefully presented together with sketches, sculptures and some paintings of other painters of Rembrandt’s time. A collection of almost all of Rembrandt’s paintings (more than 250), his utensils and the graphic techniques he used, are also presented.

Rembrandt’s House is an interesting reconstruction of the painter’s daily life, where he lived and worked. As always with reconstruction, the visitor may lose some authenticity. Nevertheless, Rembrandt House can be interesting for people who want to know more about the life of the famous painter, his graphic works and more about the golden age lived in Holland in general. 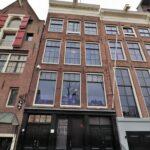 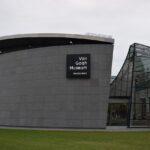 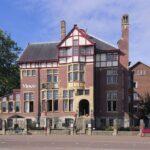