The Best Ways To Explore Rome

By: boussole
In: Rome
Contents masquer
1 Take A Vespa Tour
2 Use The Roma Pass
3 Relive History Down The Via Appia
4 Go On A Bike Ride
4.1 Related posts:

Italy’s hot-blooded capital is one of the world’s most seductive and fascinating towns, with a heady mix of melancholy ruins, awe-inspiring art, and vibrant street life. Rome is sometimes referred to as a “living museum,” but it has much more to offer than its amazing collection of artistic artifacts, not least its excellent food.

Rome is one of the most beautiful cities in the world, but with so much to choose from, it can be daunting for first-time visitors. Some think the chaos adds to the appeal, but it can also be a huge downside for visitors. Here are some of the most recommended ways to explore Rome to the fullest and enjoy all the great city has to offer.

This small scooter became a symbol of Rome and Italy. They are a popular mode of transportation in Italy. A Vespa tour is a fun, unique way to see the city, especially if the itinerary is tailored to your specific interests. There are organizations that offer great self-drive excursions throughout Rome, whether you like to drive your own scooter or want to see the city as a passenger. There are also special food-focused circuits featuring stops at local markets, restaurants, and cafes. As the saying goes; when in Rome, do as the Romans do, and enjoy the beautiful city on its most iconic means of transport.

Use The Roma Pass

Relive History Down The Via Appia

The beautiful Appia Antica, a 2,300-year-old cobblestone Roman road lined with ruins and aqueducts that used to connect the city with the rest of Italy, is not to be missed. The Appian Way was one of the ancient republic’s earliest and most strategically important Roman routes.

The first 5 kilometers (3 miles) are still heavily traveled by vehicles, buses, and coaches, but traffic becomes quite minimal after that, and the ruins can be visited on foot in relative safety.

Go On A Bike Ride

Although Rome is not as bicycle friendly as other major European cities, there are numerous interesting itineraries and fairly priced bike rental businesses to tempt you to ride across the Eternal City.

If you want to experience Rome by bike, a guided tour is definitely the best way to go. Several bike rental firms provide a variety of riding excursions, the majority of which include both well-known and lesser-known places.

Rome’s historic heart must be one of the most alluring in the world, with its antique monuments and picturesque piazzas. Make time, though, for the areas outside of the city center. Rome’s list of must-see attractions is broader than other cities’, yet the old center is small and easily explored on foot. 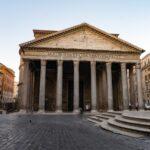 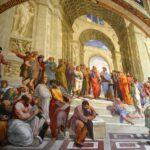 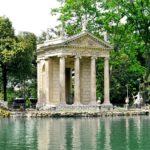 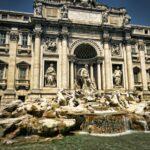