By: boussole
In: Venice
Contents masquer
1 History
1.1 Video
2 How to get to the square
2.1 Related posts:

The square is shaped like an elongated trapezium (length – 176m, width – 82m on the side of the basilica, on the opposite side – 57m), which is surrounded on three sides by magnificent palaces with elegant porticoes and loggias: Procuratie Vecchie, Nuove and Ala Napoleonica. From the east, the perspective is closed by the architecture of St. Mark’s Basilica with its Byzantine domes and the brilliant golden mosaics of the façade. An additional decorative element is the Renaissance clock tower with the emblem of Venice, the winged lion of St Mark on a blue field, as well as the large free-standing bell tower and the adjacent elegant marble loggette.

The square was created on the site of a former orchard next to the monastery of St. Zacharias. It took the name of St Mark’s in 832 after the construction of the first basilica. It acquired its present form in the second half of the 12th century, when, by order of Doge Sebastian Ziani, the old church of S. Geminiano was demolished, the canal that ran through the centre was filled in and the square was surrounded by arcaded buildings. One hundred years later, in 1264, it was paved with an ornamental brick floor. Already in the 14th century it was admired by visitors and Petrarch, visiting Venice in 1363, exclaimed with joy when he saw it: “I don’t know if there is anything so beautiful on earth! The appearance of the square at the end of the 15th century is depicted in Gentile Bellini’s painting The Procession in St Mark’s Square (Galleria dell’Academia). At the beginning of the 16th century, the palace of the Old Procuratorate was built, and towards the end, the New Procuratorate.

In 1723, the square was given a patterned floor made of liparite and white Istrian stone. In the 19th century, by order of Napoleon, a wing was built to connect the old and the new Prosecution Office to the west, the so-called Napoleon wing. At the end of the last century, the shops surrounding the bell tower were removed. Throughout its history, St Mark’s Square has been the centre of Venetian life, the place of important political and religious events of the Republic, the arena of celebrations of the State, the Church and the people. It was here that the restless gathered to protest against the despotic regime, and where the Venetian carnival, tournaments and popular festivals were held.

Despite the marked difference in style of the various buildings, the overall impression is one of perfect harmony and great suggestiveness, not only in daylight but also in the evening, when the moonlight intensifies the impression. In the shadow of the marble palace arcades, there are numerous Venetian handicraft shops (mainly jewellery, lace and glassware) and famous cafés that are part of the city’s history.

During the summer season, the cafe tables stretch almost to the middle of the square, lit up at night by lanterns, and singers and orchestras perform on the podium with a rich musical programme. The atmosphere is enhanced by the serenades coming from the gondolas that travel through the nearby canals. The square has excellent acoustics, almost like an opera house, so it is often used as a venue for public concerts.
During the day, the attraction for tourists are the thousands of hand-fed tame pigeons, surrounded by the traditional care of the city. According to legend, they were brought to Venice from Cyprus as a gift for the wife of a doge. During the Republic, they were maintained by the state, then by private donations, and today by the municipality, at whose request a generous ration of corn kernels is scattered every morning.

How to get to the square 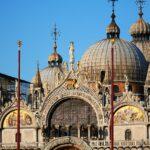 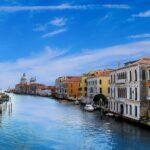 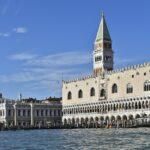 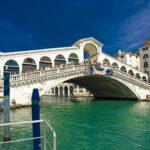