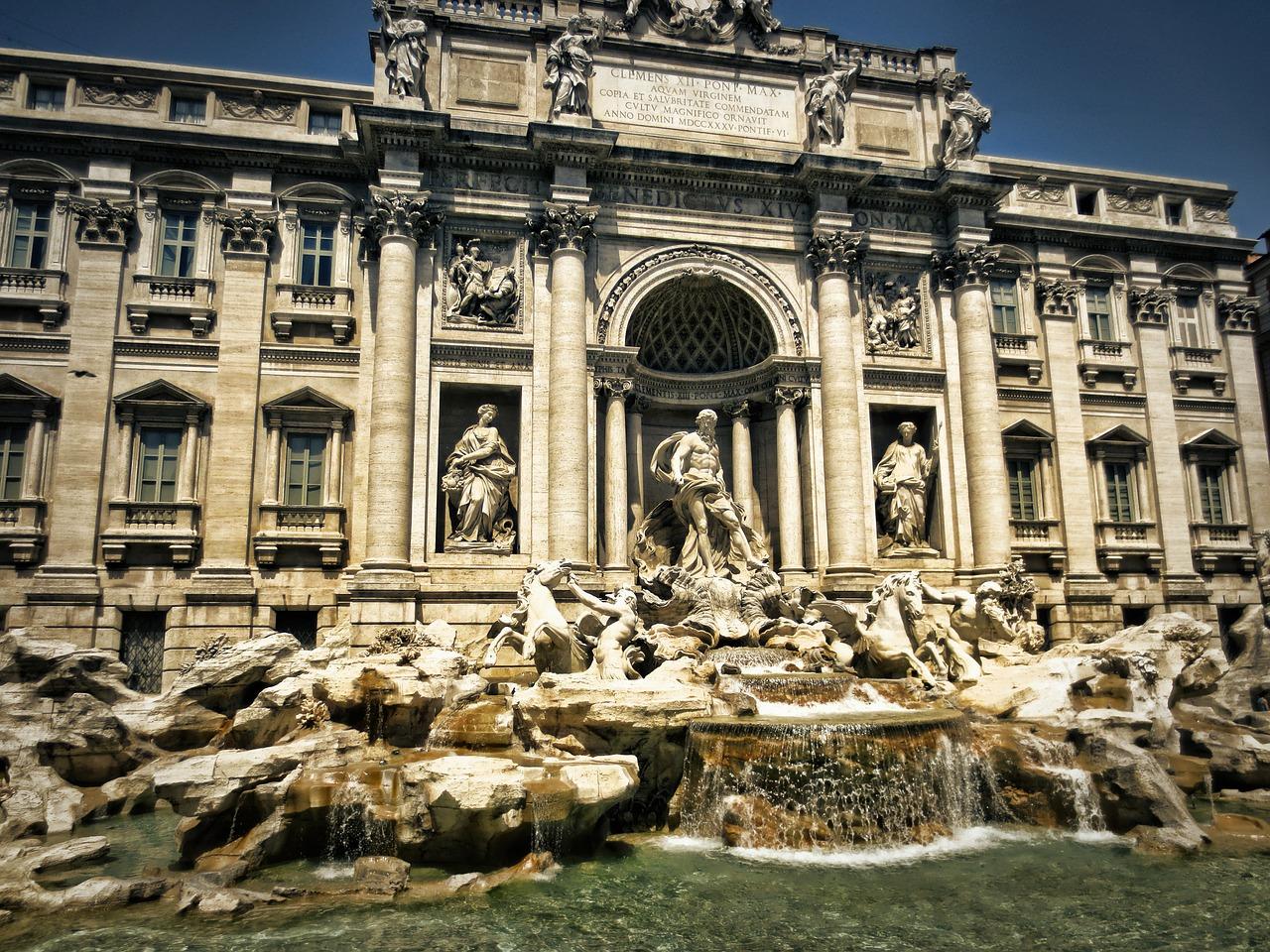 By: boussole
In: Monuments, Rome
Contents masquer
1 History of the fountain
1.1 Video
2 More details
3 Where is the Trevi Fountain in Rome?
3.1 Related posts:

“The Fontana di Trevi is the most majestic fountain in Rome. The small square that surrounds it is perhaps the most visited place in the city by tourists. Thousands of people visit the monument every day to throw a coin into the fountain – which, as legend has it, guarantees the tourist the possibility of returning to the capital of Italy.

History of the fountain

This extraordinary work of art is much more than a sculpture: it is the realization of Baroque aesthetics personified in natural forms, and contemplates in the movement itself the soul of the world. It was designed by Nicolò Salvi in a happy union of classicism and baroque. It is located on the side of the Palazzo Poli in Piazza di Trevi. The space is limited and you have to cross the crowds in the busy surrounding streets.

The history of the fountain parallels the construction of the Água Virgem aqueduct (from the time of Emperor Augustus), when in 19 BC General Agrippa, son-in-law of Emperor Augustus, had running water brought to the Pantheon and its baths. This gallery was built in order to create free thermal baths for the Roman citizens, dedicated to the God Neptune. The central pipe still runs underground to this day and the Fontana di Trevi is a witness to this, marking the end of the aqueduct.

According to legend, the term “Virgin” comes from a case that occurred with the soldiers of Agrippa. As they were thirsty, they were guided eastward by a girl (virgin, of course) – perhaps it was the goddess Diana, sister of Apollo, who liked to bathe in the fountains with her nymphs after exhaustive hunts. The name may also have been simply associated with the calm, pure and limestone-free waters. The Fountain of Agrippa was surrounded by a huge wall, where three holding tanks were supported, and remained so until 1453, when Pope Nicholas V entrusted the restoration of the fountain to Leon Battista Alberti.

It was with Pope Urban VIII Barberini that a reform was thought for the spring. In fact, the pope wanted a fountain to be able to see it from his residence in the Quirinal Palace. In 1625, Pope Urban VIII commissioned Bernini to demolish the old facade and start a new fountain, this time more grandiose. After four years, when the pope died, the work was suspended. Ninety years later, it was Pope Clement XII, in 1730, who announced a competition to build the fountain. The winner was a foreigner named Nicola Salvi – it is said that he made his work of art by stealing Bernini’s first project. The work lasted thirty years and was completed in 1762, under the papacy of Clement XIII. The last stone was laid by Giuseppe Pannini.

The fountain has been the setting for several films, remembering the unforgettable scene in Fellini’s “The Sweet Life”, where the sensual Anita Ekberg wears a black dress and wets herself in the waters of the fountain, calling Marcello Mastroianni.

The facade of the Fontana di Trevi is based on three architectural elements: the facade is made of travertine marble, the statues are made of Carrara marble and the fountain is also made of travertine. The dominant theme of all the sculptures in the fountain is the marine world. The large statue of Oceano, the God Neptune, was sculpted by Pietro Bracci. Equally beautiful and elegant is the chariot in the shape of a shell pulled by some seahorses, themselves preceded by tritons. These mythological characters give movement and dynamism to the composition.

In the center of the monumental complex, in front of the palace, there is the statue of Oceano, represented in a shell-shaped carriage, pulled by winged horses. There are also, among other sculptures, the figures of the sea, tritons and mythological and royal animals. The sculptures that make up this marvelous fountain recount a sequence of events related to the discovery of this same fountain, where the water that feeds it comes from. The four allegorical statues at the top of the fountain represent the benefits of the rains in relation to the fertility of the land and the four great productions that depend on the availability of water:

Where is the Trevi Fountain in Rome?