Amsterdam has 160 canals, stretching over 75 km. Why are there so many canals in the city? They were created for the convenience of merchants who wanted to transport goods quickly and efficiently to their homes. Amsterdam’s canals are deep enough (3m) and wide enough to allow all kinds of ships to navigate, only sailing ships are excluded. Their masts would be prevented from passing through the many bridges on the Amsterdam canals.

The experience not to be missed is a boat trip on the city’s canals. There is plenty to choose from, whether you are looking for a romantic evening or want to learn the most interesting facts about Amsterdam in about an hour.

Amsterdam’s canals are considered the city’s most famous landmark. From an aerial perspective, they are an extraordinary sight. Their layout forms an impressive ring around the old city, making them a favorite motif on Amsterdam postcards. The ring of these 17th-century canals bears its name – the Grachtengordel – and is a source of pride for the people of Amsterdam. UNESCO experts have recognized the Grachtengordel as an architectural marvel and have included it on their World Heritage List. The possibility of living here is the dream of many Amstellodammers, as the Grachtengordel is considered the most exclusive district of the city.

There are many ways to get around on the canal. The easiest way for tourists is to choose a city cruise boat. By choosing to explore the Amsterdam canals in this way, you will have the opportunity to see the local attractions.

You can travel by cruise ship on four routes:

Most tourists, who have a choice between these routes, choose the green line to explore the Amsterdam canals, as it is considered the most attractive.

Most of the boats leave from the area called “Western Canal Belt”. One of the most attractive parts is the Jordaan district, which is a network of old narrow streets and intertwined canals around which there are many neat cafes, restaurants and stores that delight residents and visitors.

A boat ride will also take you to the harbor in most cases, as well as to the newer part of the city to enjoy the more modern and even extravagant buildings (at least according to the locals). Like the one that houses the municipality and the National Opera and Ballet in one place, known as Stopera (Stop at the Opera) because of the protests against its construction (mainly because of the cost of the project).

If you are looking for something else, you can explore the Amsterdam canals on a pedal boat. The rental cost is calculated per pedal boat, not per person, so the more people you are, the cheaper it is.

The best place to start exploring the Amsterdam canals is Amsterdam Canal Cruises. It is easy to find for tourists, as the Heineken brewery is located nearby. The most impressive photos can be taken while cruising along the particularly picturesque Seven Bridges Canal.

Those who love water entertainment can cruise the Amsterdam canals on a ship that is a subsidiary of the iconic Supperclub. You can also stay on the canal, even if you don’t own a barge – just choose from the local hotels called Amstel Botel. This is a large cruise ship with up to 175 rooms. 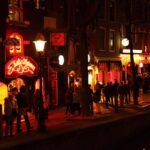 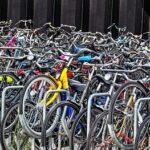 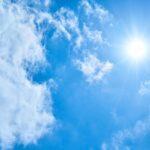 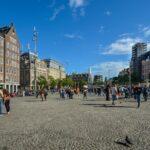